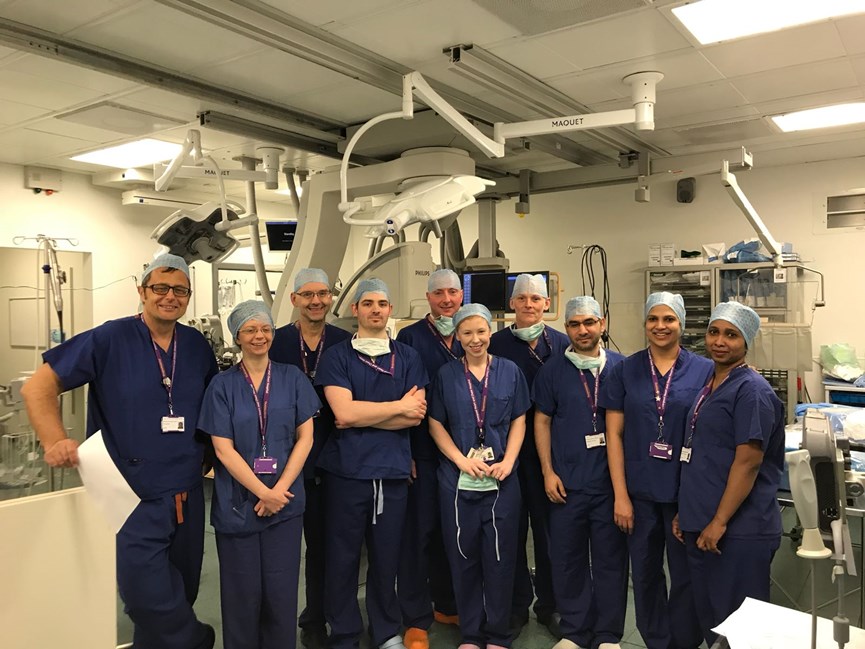 The operation took place in the Hybrid Operating Room at LHCH with the patient undergoing a combined procedure with stenting of an abdominal aortic aneurysm and a coronary bypass grafting operation, performed by a large LHCH team led by surgeons Mr Torella and Miss Harrington.

The joint operation between vascular surgeons and cardiac surgeons allowed the patient to benefit from having two major life threatening diseases to be treated in a single operation under a single anaesthetic.

Cardiac surgeons, vascular surgeons and interventional radiologists from across Liverpool have collaborated on occasional, individual, elective and emergency cases over the last decade for benefit of patients in the Merseyside region.

At the centre of this has been the monthly Multi-disciplinary Team Meeting. Liverpool Cardiovascular Surgery is a more formal arrangement between those providing vascular services across Liverpool to allow more patients to benefit from the multi-disciplinary input into their care.

The initial format will be fortnightly planned elective operating in the Hybrid Operating Room at LHCH.