PFO is Percutaneous Patent Foramen Ovale, which is a hole that babies have in their heart when they are in the womb, but that usually closes naturally after birth. However, in as many as one in four people, it does not close completely and remains ‘patent’ (open) into adulthood.

The hole is in the wall that divides the upper two chambers in the heart which collect the blood returning from the body. In most people the hole does not cause any problems, but in some people it can lead to strokes. In carefully selected patients it is advisable to have the hole closed with a small device that is passed up to the heart from a vein the groin. The procedure is performed at low risk and can generally be performed as a day case under local or general anaesthesia.

An ASD (Atrial Septal Defect Closure) is a congenital abnormality, present at birth, and characterised by a hole in the wall (septum) between the two top chambers of the heart. It is similar to a PFO but is larger. This abnormality occurs during the formation of the heart. It is often not discovered until adulthood when it may cause symptoms or is found incidentally.

With ASD, blood can flow through the hole from the left atrium (where the pressure is normally higher) into the right atrium. The extra blood can then go to the lungs and result in shortness of breath, heart rhythm disturbances (atrial fibrillation), stroke and pulmonary hypertension (high blood pressure in the lungs). For this reason it is generally recommended that ASDs are closed. Many are closed percutaneously and often as a day case. In some circumstances surgery may be required. 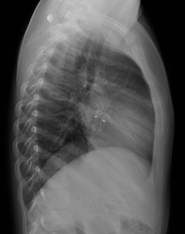 Suitable ASDs measuring less than 40mm can often be closed using a double-disc device shaped like a double-sided umbrella. The procedure is carried out under a general anaesthetic in the catheterisation laboratory under ultrasound guidance with X-ray screening. The device is passed through a long tube (catheter) from the femoral vein at the top of the leg, up into the heart. The device is then positioned across the hole in the heart. Eventually the heart tissue will grow over the device and it will become part of the heart wall. Patients cannot feel the device when it is in place.

The Structural Consultant Team are:

Find out more about your Heart