Atrial fibrillation linked to increased risk of dementia, even in stroke-free patients

Atrial fibrillation (AF) is linked to an increased risk of dementia, even in people who have not suffered a stroke, according to the largest study to investigate the association in an elderly population.

In addition, the study, published in the European Heart Journal [1], found that AF patients who took oral anticoagulants to prevent blood clots had a decreased risk of dementia.

Atrial fibrillation (an irregular and often abnormally fast heartbeat) is the most common heart rhythm problem among elderly people, and more than half of AF patients are aged 80 or older. It increases the risk of stroke, other medical problems, and death. As populations age, the incidence of AF is expected to increase, and there has been increasing, although inconsistent, evidence that AF may contribute to the development of thinking problems and dementia.

The current study looked at 262,611 people aged 60 or over, who were free of AF and dementia in 2004. The researchers collected data from the Korea National Health Insurance Service Senior cohort and followed the participants until the end of 2013. During that time, AF was diagnosed in 10,435 of them. In those who developed AF, 24.4% (2,522) developed dementia during the follow-up period compared to 14.4% (36,322) who developed dementia among the AF-free people.

Professor Boyoung Joung, professor of cardiology and internal medicine at Yonsei University College of Medicine, Seoul, Republic of Korea, who led the research, said: "We found that the people who developed atrial fibrillation had a 50% increased risk of developing dementia compared to those who did not develop the condition; this increased risk remained even after we removed those who suffered a stroke from our calculations. This means that, among the general population, an extra 1.4 people per 100 of the population would develop dementia if they were diagnosed with atrial fibrillation. The risk occurred in people aged younger and older than 70 years.

The researchers say this is the largest study to investigate the link between AF and dementia in people aged 60 and over who did not have AF and had not suffered a stroke at the time of inclusion in the study. The study also has the longest follow-up with an average of more than six years.

"With these large figures, we can be sure of our findings," said co-author, Professor Gregory Lip, professor of cardiovascular medicine at the University of Liverpool, honorary Consultant Cardiologist at Liverpool Heart and Chest Hospital and an adjunct professor at Yonsei University College of Medicine. 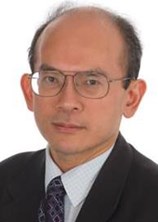 "We also believe that our results can apply to other populations too, as they confirm similar findings of a link between atrial fibrillation and dementia in studies of people in Western and European countries.

Prof Joung concluded: "Dementia is an untreatable disease and so prevention is important. This study confirms that atrial fibrillation is a risk factor for the development of dementia. Therefore, the prevention of atrial fibrillation may be a means to reduce the incidence of dementia. In patients with atrial fibrillation, our results suggest we can reduce the incidence of dementia through the use of anticoagulants. It is expected that non-vitamin K anticoagulants, which have a significantly lower risk of cerebral haemorrhage than warfarin, may be more effective than warfarin in terms of dementia prevention and this will be answered by an ongoing clinical trial. Furthermore, investigations should be carried out into whether aggressive rhythm control, such as catheter ablation, helps to prevent dementia." [2]

The researchers point out that their findings show only that there is an association between AF and dementia, and not that AF causes dementia. A possible mechanism for how AF might cause dementia is that AF patients often have alterations to the blood vessels in their brains, possibly from suffering mini strokes that are too small to show any outward symptoms, and this cerebrovascular damage could be implicated in the onset of dementia.

Limitations of the study include the fact that the researchers were unable to define the type of AF the patients had (paroxysmal or persistent); that AF can occur without symptoms and so some cases may have been missed; that the researchers did not have any information on the treatment of AF (successful treatment could lessen the risk of dementia) or 'real world' data on blood pressure; and, finally, although they adjusted for factors that could confound the results, unidentified confounding factors might remain.