The hospital has received funding which will pay to improve cardiac and genetic screening services for inherited conditions such as hypertrophic cardiomyopathy (HCM).

The grant has been provided by the Miles Frost Fund and the British Heart Foundation (BHF).

Miles Frost, the eldest son of broadcaster Sir David Frost, died suddenly at the age of 31 while he was out running near the family home near Wallingford in July 2015 from an undiagnosed heart condition called hypertrophic cardiomyopathy. This was caused by a faulty gene he inherited from his father.

The fund has raised £1.5million since it was formed. This has helped fund 13 specialist inherited cardiac condition clinics across the UK. Thirty-one new BHF specialist cardiac genetic nurses, genetic counsellors and family history co-ordinators have already been appointed and services have seen more than 2,600 people since the funding began.

The BHF estimates that around 120,000 people across the UK have HCM, the inherited heart condition that took Miles’s life, which often has no symptoms but, in some, can cause a cardiac arrest without warning. 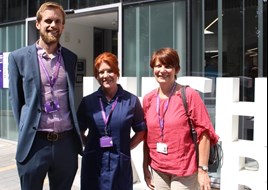 Dr Rob Cooper, Consultant Cardiologist at Liverpool Heart and Chest Hospital (pictured), said: “The consequences of failing to identify those at risk of HCM can be fatal.

“It’s important that immediate family members of those affected by HCM are referred for consideration or screening, and through this improved service and the support of the Miles Frost Fund we can help many more families across the North West.

“We want to work with our NHS partners and colleagues to raise awareness of this service, so that testing can be made as widely available as possible.”

Joanne Whitmore, Clinical Lead at the British Heart Foundation, said: “We’re delighted to support this new screening programme for HCM alongside the Miles Frost Fund. Screening can identify people at risk of inherited heart disease so that action can be taken to help manage their condition, and could save hundreds of lives across Merseyside, Cheshire and North Wales.

“Heart and circulatory diseases kill more than one in four people in the UK, and by funding screening programmes and pioneering research, the British Heart Foundation is finding better ways to prevent, detect, treat and cure these conditions to beat heartbreak forever.”

The funding received by Liverpool Heart and Chest Hospital will pay for a specialist nurse and genetic counsellor to help identify and support patients and families affected by inherited heart conditions, aiming to prevent tragic events such as those suffered by the Frost family.

About the Miles Frost Fund

Miles Frost (pictured) was just 31 years old when an undiagnosed inherited heart condition took his life. His death was sudden, with no warning and no symptoms. The Miles Frost Fund was set up, by the Frost family, in Miles’s memory to raise money for the BHF to fund the rollout of genetic testing for families at risk of inherited heart conditions and support vital research in to improving diagnosis and treatments of deadly inherited heart conditions, including hypertrophic cardiomyopathy (HCM) which Miles died from. The Fund has established 13 specialist inherited cardiac condition clinics across the UK. These clinics are now diagnosing patients, allowing them to get treatments that could save their life. 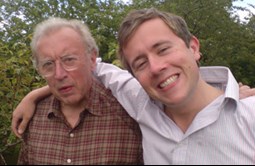 One in four people in the UK and one in three globally die from heart and circulatory diseases. That’s why the British Heart Foundation funds world-leading research into their causes, prevention, treatment and cure. Advances from its research have saved and improved millions of lives, but heart diseases, stroke, vascular dementia and their risk factors such as diabetes still cause heartbreak on every street.