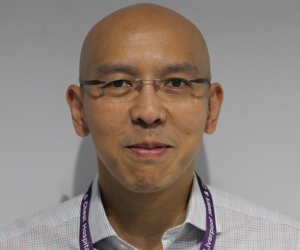 Responsive, excellent, compassionate and safe care for every patient, every day.

Dennis obtained his degree in Medicine in 1998 in Cardiff and did his MD thesis looking at respiratory viruses in Cystic Fibrosis.  He then spent five years as a Specialist Registrar in Chest Medicine working in the East Anglia region. During this period he had the opportunity to work in the Cystic Fibrosis Unit at Papworth for one year.

He was appointed as Consultant Respiratory Physician in the Cambridge Centre for Lung Infection at Papworth Hospital, dedicated in looking after patients with Cystic Fibrosis and non-CF bronchiectasis in 2009.

In 2012, Dennis moved to Liverpool for family reasons and joined the Knowsley Community COPD Team.