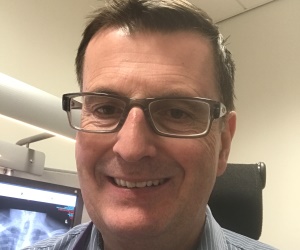 Quality is at the heart of the LHCH agenda.

Training and Education and Professional Experience

I was born and schooled in Bristol. I am married (to a Wirralian) with three children and I live in Birkenhead. I enjoy cycling, walking, cricket and golf. I am an ECB level 2 qualified cricket coach and look after a junior team at Oxton Cricket Club.

Our Radiology and Imaging Team