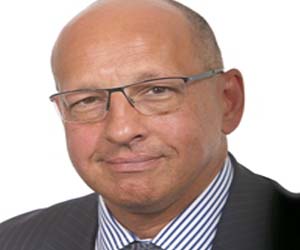 I was a pupil at Merchant Taylors’ School in Liverpool and qualified in Medicine (BM; BS) from Nottingham University in 1980. I also did an intercalated BMedSci degree in 1978.

I did junior medical jobs in various Birmingham teaching hospitals from 1980-1985 during which time I did the MRCP. I was awarded a British Heart Foundation Junior Research Fellowship at the University of Birmingham from 1985-1988 and did research leading to my MD degree. At the same time I trained in clinical cardiology.

I became a senior registrar in cardiology in 1988 in Liverpool and two years later was appointed Consultant Cardiologist at LHCH – formerly known as CTC.

I am an Interventional Cardiologist of national standing. I have a key role in regional and national training of cardiologists. I have led many developments at the Trust and at regional level in my role as Associate Medical Director and Network lead.

I live in South Liverpool. I am married to Barbara and we have four sons. I am an Everton season ticket holder and a thoroughly average golfer.

Find out more about the heart