Julian has spent the majority of his career in the public sector in a wide variety of finance and audit roles. 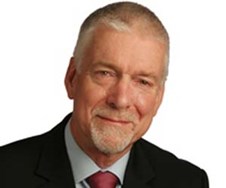 Soon after qualifying as a Chartered Accountant he took up a senior audit role within local government. He then moved into the Audit Commission where he was involved in a wide range of assignments concerning financial and corporate governance issues affecting the local government and health sectors.

Whilst at the Audit Commission he was the appointed statutory external auditor for a large number of public sector bodies, many of them being health service commissioners and providers.  Following the demise of the Audit Commission and the outsourcing of its work, Julian was appointed a director of Grant Thornton UK Llp, a post he held until his retirement in 2013.

Julian's hobbies include golf, reading and model making. He has two children and six grandchildren

Trust at a Glance