The Chief Executive of Liverpool Heart and Chest Hospital has been awarded an OBE in The Queen’s New Year’s Honours List. 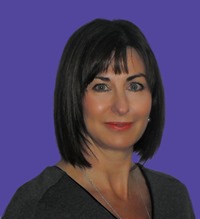 Jane Tomkinson, who joined the Trust in October 2013, received the award for services to NHS Finance and Finance Staff Development:

“I was humbled and delighted when I heard the news – it is a great honour and a privilege to be given the award.”

“I have been a part of the NHS finance profession since 1990 and during those 25 years I have worked with many exceptional patients and people across all professions in the NHS; they have given me advice and support and without this I would not have received the award.”

Neil Large, Chair of the Trust, congratulated Jane on her award adding that everyone in the hospital was “enormously proud”.

He said: “Jane is an excellent and inspirational Chief Executive and leader. She offers Liverpool Heart and Chest Hospital vision, direction and a wealth of experience and talent, and she has supported organisations and individuals in their development.
“She is passionate about the NHS and the care we deliver to our patients and their families and we are all delighted to see her continuing contribution to the NHS recognised in this year’s honours.”

Before joining Liverpool Heart and Chest Hospital, Jane was Director of Finance at NHS North of England and the North West Strategic Health Authority. She also spent 11 years at the Countess of Chester Hospital, serving as Director of Finance and Deputy Chief Executive since 2003.  In 2007, Jane was awarded the prestigious ‘Finance Director of the Year’ accolade by the Healthcare Financial Management Association and given an Honorary Fellowship by the Association in 2013.